I have been out of action for the past few weeks as I had my operation on 20th April, which went well and which I’m still recovering from. This time has allowed me to reflect on my appearance on Brendan O’ Connor’s “The Saturday Night Show” in RTÉ’s Dublin studio on 11th April which still seems so surreal!  A couple of times when I woke up in the middle of the night in the hospital confused by morphine, I had moments of “Did that actually happen?! Was I really on a chat show?”.

From my first TV experience I learnt that the Green Room isn’t actually green (but it has a free bar and food, so who’s complaining?!) and that every single person in the RTÉ crew that I met were delightfully warm, friendly, sincere and real. I was amazed at how many of the RTÉ crew took time out to come over and introduce themselves to me and compliment my look and bling. They all really made me feel so welcome and at home there. Immediately after the show ended, Brendan came straight over to me in the Green Room to congratulate me and I joked to him about his hit song he had many years ago “Who’s in the House? Jesus in the House!”. Looking at my head, he couldn’t believe that I had black eye shadow on it as I explained to him how the eye shadow catches the few hairs I do have to create a fake hair shadow.

If Brendan had this curiosity, I’m sure many of you who saw my interview, and especially my fellow Chemo Queens, have other questions about my makeup (which I did myself) and my bling. I give all these details below.

During my interview, I spoke about the Burger King advert that I got scouted for. It was a couple of days after I discovered I had breast cancer and my best friend Kirby and I were out having a meal. We were having a lovely deep conversation about faith and God when I got up to go upstairs to use the bathroom. Buzzing from our conversation I smiled at a guy coming down the stairs who turned out to be a scout and he approached me saying that I would perfect for the Burger King advert as “I was the happiest person he had seen all day”. The advert was filmed a week before my first chemo session. You can see my best friend Kirby and I at 0.5 – 0.7 secs and 0.11 – 0.12 secs. I’m the girl who exclaims at the end “Are you joking?!”.  But alas, I wasn’t joking; that truly was my limp pathetic dull blonde hair!

Wasn’t I going through a hair life crisis before this all began?!  Thanks to chemo, I prefer my amazebald look that I’m rocking!

After the show, Kirby and I celebrated the night in the Green Room and then back at our hotel bar. Still on an adrenaline high, we eventually went back to our hotel room at around 2am and watched the show together. Kirby is filming my reaction whilst her son Tyler is watching the show by my side. After 50 seconds, I couldn’t handle any more filming as I wanted to continue to nervously watch myself without any distraction!

The only thing I had to buy in preparation for the show was my slinky ribbed black dress which I got in Coast for £95. I wore my golden strappy sandals and I already had my accessories which were earrings from Claire’s Accessories and my body chain neck piece from Blue Port Shop (119 Fulham Palace Road, London W6 8JA). I have fallen in love with Blue Port’s neck pieces that anytime I go there it is really hard as I always want to buy them all! Their online ebay shop is called 365 Fashion: http://stores.ebay.co.uk/365fashions

The three rings I wore on the tops of my fingers were from a £1 set in Primark (Pennys):

My gold bracelet was a birthday gift from my dear friend Ombretta who bought it in Oliver Bonas:

I lent the Black and Gold theme to my nails as well! Each thumb had two gold diamonds stuck on the inner sides:

I have discovered an amazing nail varnish by Sally Hansen called Gem Crush “Big Money”. On it’s own, it just looks glittery but for the show I put this on top of my painted black toe nails and it gave them a beautifully cool metallic shine that glittered spectacularly in the light! A few days after the show, I quickly put some on my black finger nails (hence the messiness!) as I felt the black and gold was a little too harsh for my usual day to day look. I wish I did this metallic silver and gold contrast on my finger nails for the show!

I did my own make-up for the show as after all, only I truly know how to make myself Totes Amazebald!

These are the products I used:

To finish off what was truly a magical experience, here are some more shots: 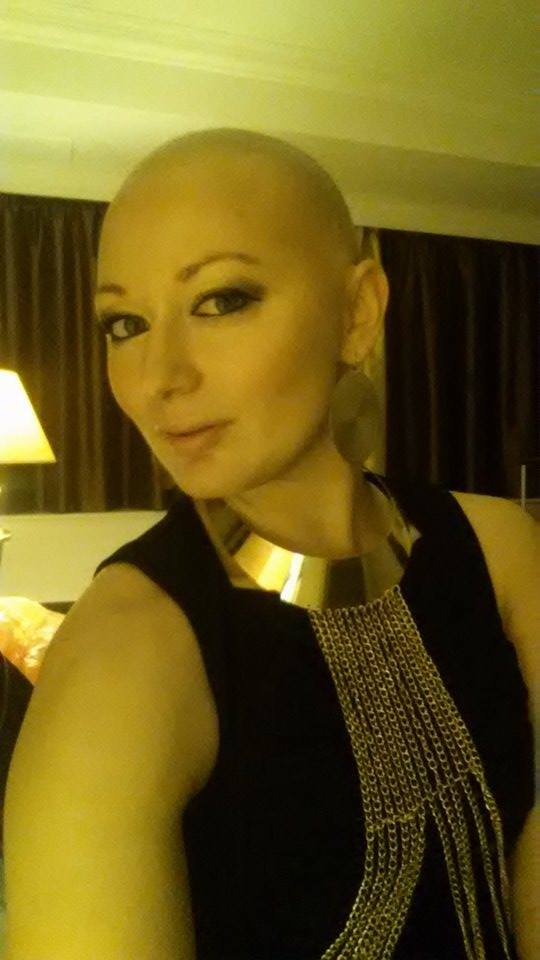 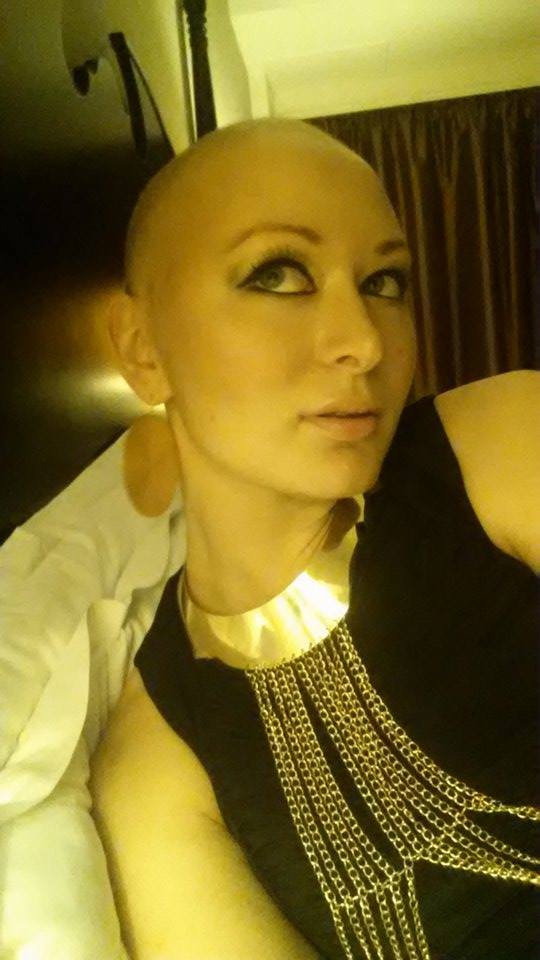